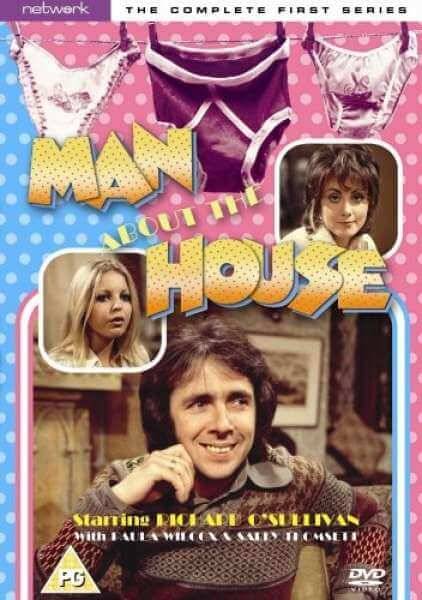 Created and written by Johnnie Mortimer and Brian Cooke (George and Mildred, Robin's Nest), Man About The House was a phenomenally successful comedy for ITV1, running for six series in total, spinning off two further series and making household names of its stars Richard O'Sullivan, Paula Wilcox and Sally Thomsett.

Man About The House - The Complete First Series

Item limited to max quantity of 5000

Features the following episodes:
Three's A Crowd
And Mother Makes Four
Some Enchanted Evening
And Then There Were Two
It's Only Money
Match of the Day
No Children, No Dogs